By now you probably know that we use Botox for so much more than just those lines between your brows or those furrows in your forehead.  One of the most common requests I get regarding Botox is for a ‘brow lift’.  And Botox can do just that.  But sometimes a patient will come back ask for a little bit more Botox, so the brows will go even higher.  And that’s the myth!

I know, I seem to be contradicting what I just wrote in the paragraph before this one. Yes, we use Botox to do brow lifts.  But Botox doesn’t actually lift the brows.  Follow me here: 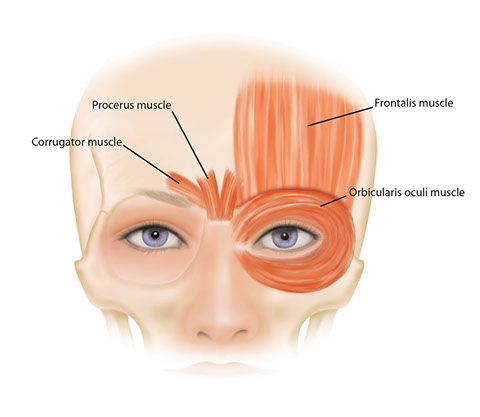 Botox, then, will weaken the brow depressors, which allows the brow lifters to do their job without having to work against those depressors.  But what if you don’t have a strong lifter muscle (frontalis)–what if you frontalis muscles just aren’t very powerful and can’t pull your brows up much, even when unopposed?

Or what if your eyebrow position is so low that your lifter muscles (frontalis) just can’t work hard enough to get them up where you want them?

Thanks for your patience while we setup our store — no orders shall be fulfilled. Dismiss